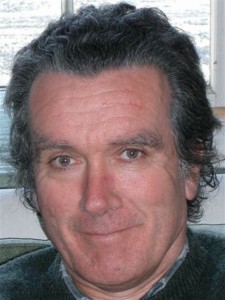 Rory Boyle was born in Ayr, and lives in Ayrshire to this day. His first approach to musical education was through his activity as a chorister in St. George’s Chapel, in Windsor. He then went on to study composition with Dr Frank Spedding, and also piano, clarinet, organ and conducting at the Royal Scottish Academy of Music and Drama – now the Royal Conservatoire of Scotland.

He is an eclectic musician, and his works cover most genres. His talent has awarded him a number of prizes and scholarships, such as the Caird Travelling Scholarship, the BBC Scottish Composers’ Prize, several Royal Philharmonic Prizes, the Zaiks Prize in the International Competition in memory of Kazimierz Serocki, the Creative Scotland Award in 2006, and the British Composer Award (Stage Works category) at the London annual BASCA ceremony. In 2002 he was also appointed Composer laureate for Schools with the Scottish Chamber Orchestra in partnership with the City of Edinburgh.

Rory Boyle has received many commissions, and written for some of today’s leading performers and writers. In 2011 the Delphian label released a CD of his piano music: his work is internationally appreciated, and his compositions have been performed in some of the world’s most acclaimed venues and occasions, such as Amsterdam’s Concertgebouw and at the London Proms.

He currently teaches at the Royal Conservatoire of Scotland.

This is the first of three Scots songs created by Rory Boyle in 1986. It is a setting of the more popular set of lyrics by Burns.

‘Ae Fond Kiss’ sets an adapted version of one of Burns’ most famous love songs. Boyle chooses to arrange the Highland melody popularly sung to Burns’ words, but this is not the original tune that Burns chose for his lyric, which was entitled ‘Rory Dall’s Port’.

Boyle plays around with the laughter in this setting. This is the text that Burns re-worked from an original bawdy song to comic song of wooing for his second song editor George Thomson.