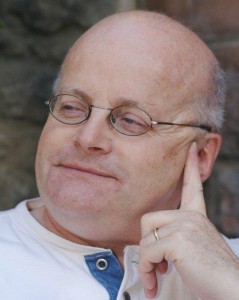 Dr Tommy Fowler, from Fraserburgh, is a composer based in Glasgow and a lecturer at Edinburgh College where he teaches composition and 20thC music history and analysis. He holds a Ph.D. in composition from the University of Glasgow and is commissioned regularly for performances in the UK and abroad. His music has been performed by the Royal Scottish National Orchestra and the Scottish Chamber Orchestra (as well as both their attached choirs); the National Youth Choir of Scotland; Cappella Nova; the Dunedin Consort; the percussion group Ensemble Bash; the Paragon Ensemble and many others. He has also composed for theatre and dance. “Fowler’s original score is both evocative and raw….hauntingly beautiful” – The Scotsman.

He is a winner of the William Baird RossTrust competition for writing church music and the British and International Bass Federation Composition Competition. He has been commended by Prince Charles for his research into uncovering the music of his ancestor Mildred Marion Bowes-Lyon the Scottish aristocrat who was the first female composer ever to have had a success with an opera “Ethelinda” staged at Florence in 1894. He wrote an article on her for the Biographical Dictionary of Scottish Women and has performed some of her music with Glasgow Symphony Orchestra which he conducts. He was project manager overseeing the composition of songs for NYCoS publications Sing Gold, Sing Silver and Sing Bronze.

One of his songs in the collection “My Teacher Must Be An Alien” became one of the most popular songs in Scottish primary schools. He was one of seven teaching artists in Scotland appointed to assist schools in using the arts to enhance delivery of the Curriculum for Excellence. He is working on a project with Paragon Scotland to bring children’s play songs from all over the world to Scottish schools.

There is no better way to understand a piece than by reading the words of the composer in person. This is what Tommy Fowler says about his ‘Tam’s Moral’:

Looking at this piece again not only brought back happy memories but also served as a reminder of something lost.

The piece was performed in my final undergraduate year at Glasgow University by three of my fellow students.  Rehearsals were real fun – particularly when asking singers to take a step outside the formalities of convention.  The performance, as I remember it, was excellent because the singers relaxed into the idea of using the sounds to put across the meaning of the text rather than have the words discernible.  So we were there with Tam at the other side of the bridge, still drunk, reflecting on his narrow escape and hearing the voices in his head.

The reminder I mentioned was that I had forgotten how adventurous my composition had been in those salad days compared to what it is now.  I guess I’ve been remiss in creating too many challenges for performers deciding to plump for the eminently performable.  It’s a double-edged sword I suppose because I’ve had lots of my pieces performed.  However, this piece being chosen for this project is like a wake-up call.  I’ve no idea what that might release!!