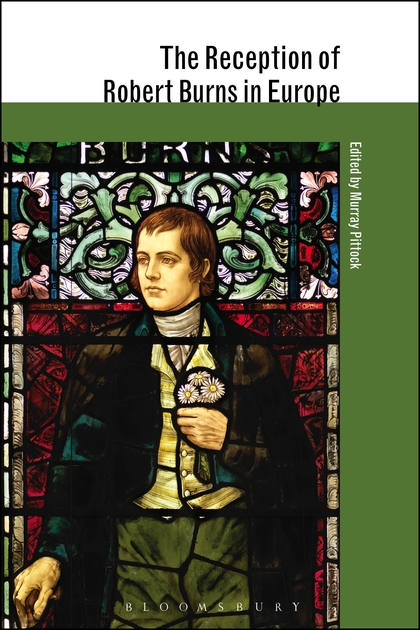 The Reception of Robert Burns in Europe, ed. by Murray Pittock

When Burns arrived in Edinburgh in November 1786, he found a culturally vibrant city. Here he met James Johnson, the man behind the Scots Musical Museum; and George Thomson – two figures with whom Burns collaborated very closely. Early musical setting of his songs can be found by J. G. C. Schetky and Pietro Urbani, but thanks to Thomson Burns’ works were set by Pleyel, Koželuch, Haydn, Beethoven, Weber, and Hummel. Mostly, tunes would be arranged according to traditional melodies; sometimes they would be composed ex novo. This is similar to what happened for the songs: Burns created some anew, while others were based on older verses.

While the melodies were clearly the link between Thomson’s European composers and Burns’ songs, a growing interest in Burns ‘the poet’ and his texts in translation became the European musical stimulant. It was in fact Burns’ words that made an impact on young Robert Schumann. What Schumann produced was his own musical response to Burns’ texts in translation. Robert Franz was a contemporary of Schumann, yet his settings of Burns’ songs are less known. Franz thought Schumann did not pay enough attention to the text. Franz sought out Burns’ originals, and did not rely on just the translations.

Alexander Campbell Mackenzie composed several works clearly inspired by Burns’ texts, and their airs. For instance, his Rhapsodie Écossaise uses Burns’ ‘There was a lad was born in Kyle’ as a key theme; and his Scotch Rhapsody No. 2 is entitled ‘Burns’!

There are few French musical connections with Burns; Amédée Pichot ‎and Auguste Angellier were his main translators. Maurice Ravel wrote his ‘Chanson écossaise’ based on ‘Ye banks and braes o’ bonnie Doon’. Sadly, this Burns setting is a one-off for Ravel.

Thomas Attwood’s setting of
‘A rose bud by my early walk’ – detail
by permission of G.U. Library, Special Collections

During the twentieth century, generally Burns’ texts alone became the real musical stimulant. Scottish composer F. G. Scott set texts by various Scottish authors, including many by Burns. Some settings were folk-like in style, others are quite avant-garde. Scott also commented on the importance of Burns in terms of contemporary politics, amidst European discussions of nationalism and socialism. He noted that Burns was ‘soon to be the recognised greatest Communist poet in the world’.

Scott already knew of Burns’ growing popularity in Soviet Russia. Dimitry Shostakovich set three of his songs. It is not surprising that Shostakovich was drawn to Burns, thanks to Burns’ democratic voice of the people and his connections with an oral, folk tradition. Far from being the only examples, Samuil Marshak’s ideological translations, and contemporary context of Shostakovich’s settings, place Burns’ songs within 1940s world politics.

Benjamin Britten also found Burns a source of creative inspiration. Britten did not regard himself as part of a ‘folk song’ school of composition, but he nevertheless chose to set a number of folk songs during his career, such as ‘Ca the yowes’ with Burns’ original choice of tune. 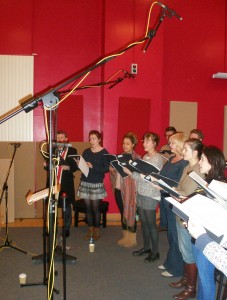 In more recent years, Estonian Arvo Pärt set ‘My Heart’s in the Highlands’ for organ and counter tenor in 2000. For the poet’s 250th birthday celebration, Scottish composer James MacMillan celebrated the connections between the Bard and his classical composers with Burns’ ‘Lament of Mary, Queen of Scots’, which had not previously gained musical interest (you can have a look at Kirsteen McCue’s interview with James MacMillan about this piece in the video below). The text is a poetic pastoral which powerfully expresses the injustice of Mary’s imprisonment and conveys her emotional farewell to her son. Before the ‘Lament’, in 1992 he produced ‘So Deep’ – a setting of ‘O my love’s like a red, red rose’. This is a rich and moving creation using Burns’ original melodic choice; it has a powerful sonority. Five years later he set ‘The Gallant Weaver’ for unaccompanied mixed choir, composing a new melody altogether relying on flowing solo soprano voices.

Today, ‘Auld lang syne’ is one of the world’s best known songs. Composers and musicians worldwide have found inspiration in Burns’ work right from their initial publication: each musical creation has taken the Bard’s work to different places entirely: linguistically, musically, and culturally – ultimately, they reveal the universality of Burns’ poetic and musical voice.

The Centre for Robert Burns Studies

The Centre for Robert Burns Studies was established in July 2007 (co-directors: Professor Gerard Carruthers, Dr Kirsteen McCue). Its mission is the development of research, scholarship and teaching in the area of Robert Burns, his cultural period and related literature. At the moment the Centre’s major project, funded by the AHRC, is entitled ‘Editing Robert Burns for the 21st Century’. The first volume of the new Oxford edition of the works of Robert Burns, published by Oxford University Press, is Burns’s Commonplace Books, Tour Journals and Miscellaneous Prose, ed. by Nigel Leask, and it will appear later in 2014. Work is now underway on Burns’ two song collections: the Scots Musical Museum, ed. by Murray Pittock, and Songs for George Thomson, ed. by Kirsteen McCue.

The Chapel Choir of The University of Glasgow consists of thirty-two auditioned singers of mixed voices (S.A.T.B.), formed of a mixture of volunteers, choral exhibitioners and professional Lay Clerks. The choir can be heard in the University Memorial Chapel at 6pm every Tuesday throughout Semesters One and Two  and additionally on some Sundays. Over the past few years the Chapel Choir has been extremely active, regularly being invited to broadcast on BBC Radio. Recent large-scale concerts include the premières of several pieces by James MacMillan, as part of Celtic Connections (January 2012) and Glasgow’s Lentfest (March 2012) and in May of this year they will perform as part of the BBCSSO’s Tectonics Festival at the City Halls. Further afield, the Chapel Choir tours regularly. Recent tours have visited the Baltic States of Latvia, Lithuania and Estonia, giving concerts in all three major capital cities, a tour of Italy, giving concerts in San Gimignano, and in the Duomo in Florence,  a tour to the Black Forest in Germany and most recently a tour of Holland in December 2012.